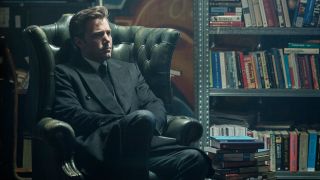 While it was confirmed earlier this month that Ben Affleck would indeed be stepping away from both the DC Extended Universe and the role of Batman, we hadn’t yet heard a whisper from Zack Snyder. Until now that is, as the director took to social media to say goodbye to Batfleck. He posted the following message on his private Vero page:

“There was a time above… a time before… there were perfect things… diamond absolutes. But things fall… things on earth. And what falls… is fallen. In the dream, it took me to the light. A beautiful lie… Best Batman ever. Thank you my friend for blessing me with that fucking glorious chin and an amazing hart.”

There’s little to gleam from the statement as to what the future may hold for Snyder with respect to his relationship with the DCEU, but it does feel like a nice and heartfelt reflection on how much the director valued working with Affleck – even if the reception to the performance was mixed from the public. Snyder did, of course, direct Affleck in the role across two films, Batman v Superman: Dawn of Justice in 2016 and Justice League in 2017.

Affleck himself commented on the news last week, telling Jimmy Kimmel, “I thought it was time to let someone else to take a shot at it” after he failed to pull together his long-suffering Batman standalone movie. That duty will now fall to director Matt Reeves, who will be overseeing a brand new film entitled The Batman. It’s said that the Cloverfield director is looking to cast a younger actor in the role, though we can only offer speculation as to who should play the new Batman.

With Affleck and Superman actor Henry Cavill both calling it a day, it looks like Warner Bros. is about to enter a new era for its popular cinematic universe. The next DC Extended Universe movies on the slate include: Shazam (5 April, 2019), Birds of Prey and the Fantabulous Emancipation of one Harley Quinn (7 February, 2020), Wonder Woman 1984 (5 June, 2020), and The Batman (2021).

Looking for something watch while you wait for the DCEU to whir back into action? Be sure to click through to see what upcoming movies are on the near horizon.