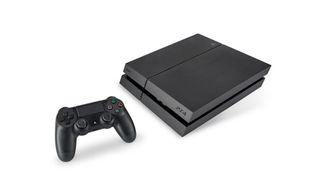 Well, isn't this interesting? It's been a quiet summer but Sony might just be ramping up to reveal the PlayStation 4 Neo. Let's take all of this with rather a lot of salt but a French website Gameblog is reporting sources as saying that Sony is preparing an event in New York on Wednesday September 7.

We've had plenty of PS4 Neo spec leaks and the PS4 Neo has already been officially confirmed by Sony CEO Andrew House in an interview with the Financial Times, but we haven't heard anything official since June. The Tokyo Game Show kicks off on September 15 so this would have seemed a natural place to reveal the console but Gameblog makes two good points. One, the original PS4 was unveiled in New York in February 2013 and two, it predicts that a rumoured September 12 announcement of the NX could dilute the reveal.

If a September 7 event is right, it will be interesting to see how fast the console is on shelves. Previous whispers have mentioned an October release which will coincide with PlayStation VR on October 13. It's also been reported that from October all titles released have to be able to support both the original PS4 and the new model. We'll keep you updated.