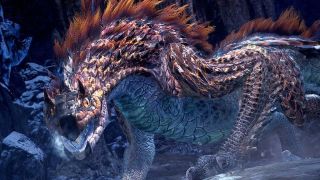 The Monster Hunter World: Iceborne Viper Tobi-Kadachi is a variant of an already tough monster. The difference here though is that this one uses a mix of poison and paralysis to not only stop you moving but drain your health all the while too. It’s fast, dangerous, and loves to fly in the air before doing flips and hitting you with its tail. You’re going to need to be prepared to survive this encounter.

Viper Tobi-Kadachi is a lot more mobile than its regular variant and taking it down can prove rather challenging, especially when you’re trying to constantly weave in attacks while dodging the venomous tail swings and bone-crunching bites. If you thought landing hits on Tobi-Kadachi was tricky, then you’ll need to take even more care when it comes to fighting its toxic relation. Fortunately, our handy guide aims to supply you with all the tips and tricks you need to take down this poisonous Wyvern.

As the name suggests, Viper Tobi-Kadachi has an affinity towards poison. This stealthy predator slinks around Hoarfrost Reach in search of prey that it can overwhelm with its toxic tail. While the regular Tobi-Kodachi used the Ancient Forest’s trees to launch deadly aerial attacks, Iceborne’s new subspecies can take to the skies and deliver huge tail sweeps thanks to its parachute-like membrane that stretches from wrist to ankle.

Taking down Viper Tobi-Kadachi may seem like a rather daunting task, especially when this venomous Wyvern is constantly barraging you with toxic spikes and deadly tail hits. If you’re tired of watching your health melt away and wish to avoid carting to Viper-Kodachi’s Noxious Poison, then make sure you pack plenty of antidotes. Viper Tobi-Kadachi’s Noxus Poison effect is a lot more deadly than the game’s regular poison, so you’ll want to instantly cure this ailment before it does any major damage. Make sure you keep well away from this beast’s tail and only begin trying to break it when you have a safe opportunity to do so. For example, after Viper Tobi-Kadachi has used its aerial tail sweep it will land and start to roar, giving you a few precious seconds to unleash a volley of uncontested attacks.

While the majority of Viper Tobi-Kodachi’s moves may be incredibly fast, they do have decent delays between each attack – in fact, it’s often best to unleash the bulk of your attacks during these brief opportunities, especially if you’re wanting to land those all-important charged hits. Aiming for this monster’s head should be a top priority for any hunting party as you’ll gradually reduce its agility. Once Viper Tobi-Kadachi has taken enough hard knocks to head, its overall mobility and attacks will become incredibly sluggish. The reduced mobility allows you to hit the tail more easily and deal absurd amounts of damage, so pack a few traps and lay them down whenever Viper Tobi-Kadachi gets fatigued to capitalise on this downtime.

Looking for more help with the new DLC monsters? Then check out our complete Monster Hunter World: Iceborne monsters guide, or pick up some general tips from our video below: