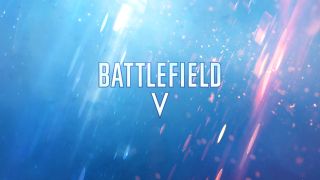 Hot on the heels of the Call of Duty: Black Ops 4 event last week, DICE and EA are gearing up towards a live reveal show for Battlefield 5, the next instalment in the acclaimed shooter series.

The event, streamed live to the internet across the world, will showcase new footage of Battlefield 5 in action, reveal the confirmed new setting following Battlefield 1's WW1 backdrop, and feature developers from DICE talking about what they have in store for players when the game launches later this year.

Daily Show host Trevor Noah will be presenting, as announced by a tease-worthy video posted on his Instagram account, and DICE is promising that "Battlefield will never be the same", so it's safe to say that this is an event you're going to want to watch.

When can I watch the Battlfield 5 livestream?

The Battlefield 5 live reveal event takes place on Wednesday, May 23, at 1PM PT/ 4 PM EDT/ 9PM BST (which is pretty soon!), and should run on for around an hour or so.

Where can I watch the Battlefield 5 livestream?

In plenty of places, dear reader. The YouTube feed for the stream is already up and running, and you can even set a reminder in advance to schedule it into your viewing calendar online.

Alternatively, you can catch the event directly from the Battlefield 5 website , and the livestream will also feature on the franchise's Twitch and Mixer accounts, which might make things easier for those using less conventional home entertainment devices.

How can I watch the Battlefield 5 livestream?

If you're not near the internet at the time of the reveal, fear not, we'll have full coverage of everything you need to know as soon as the details come out, and the trailers will be dropped into this article once they goes live online.

DICE will also upload the stream to its Battlefield YouTube channel after airing at the event, and you can bet your pennies that the footage will be all over social media too.

What will be in the Battlefield 5 livestream?

DICE has posted an article on 10 things you won't want to miss from the Battlefield 5 event, and it offers a cursory glimpse into what we can expect from the show.

The team will be showing off the game's new setting, story, single player and multiplayer components, and gameplay changes, all with commentary from Senior Producers Andreas Morell and Lars Gustavsson, and Design Director Daniel Berlin. In other words, you don't want to miss it!

While you wait in anticipation for Battlefield 5, check out our current rankings of the best FPS games that you can play right now.