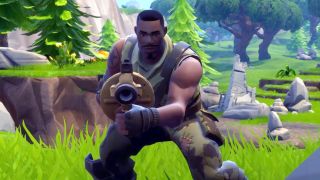 The good times have kept rolling for Fortnite Battle Royale since it launched in September 2017, and now the developers have laid out some enticing plans for the year ahead. A big "state of development" post on the game's official site is packed with info, and I've picked out the stuff I'm already looking forward to. If this tells you anything about how exciting these changes are, the fact that they're finally putting the poor, under-performing SMG weapon type out to pasture didn't even make the list.

Fortnite Battle Royale will get a 60fps mode on consoles

The optional new "60 fps mode" coming to Fortnite Battle Royale on consoles is your ticket if you don't mind sacrificing certain visual effects for a smoother play experience. The really nice part is that the new feature will come to all console versions, not just PlayStation 4 Pro and Xbox One X. Fortnite developer Epic Games also created the engine it runs on, the industry-standard Unreal Engine 4, and sometimes it likes to show off.

Right now, the only way to communicate with your team in Duo or Squad mode is to use voice chat (or communicate via dance emotes, like a honey bee). Epic says one of the new features on its "short list" is other methods of team communication. What form they take remains to be seen, but squad text chat would be a good start, perhaps with a Battlefield-style commo-rose as a longer term solution?

Live, die, and re-queue without reloading

Another item on Epic's short list is the ability to queue up for another match straight from the death screen - no need to bounce back to the lobby just so you can proceed to load into another match. Anything that takes some of the sting out of dying super early sounds good to me (why yes, I do suck at Fortnite Battle Royale).

Spectate your friends or go LFG

Have a friend you want to play with but they're still in a solo match? A new feature will let you pop in and spectate them until they're done (read: until the pressure of being watched makes them screw up and get got). No friends online right now? You'll also be able to mark yourself as Looking for Group to make it easier to find potential teammates. Yeah, you could always just queue up with automatic squad-filling enabled, but hopefully you'll find a higher quality team by using this extra step.

Set up your own custom matches

Keep the riff raff out with incoming support for custom, private matches. It should be equally useful for tournament organizers and folks who just want to explore the map at their own pace. Epic's already testing this feature out through its regular "Fortnite Friendlies" competition streams and it will roll the tech out to the main game once it's ready. I hope the custom match options are robust, it would be cool to create your own modes in the vein of the big Limited-Time Events.

Speaking of Limited-Time Events, Epic plans to bring one of its most popular variants back: prepare for 50v50 v2. Same basic premise - two teams of 50-ish players compete to the last combatant standing - but with several key tweaks to make for a more distinct experience: each team rides in on its own Battle Bus over different parts of the map and the battle steadily converges in the middle grounds. You'll be able to see all of your teammates on the map, and more frequent supply drops will mean each team is well-armed once the final battle begins. If it can live up to the potential of that trailer, the new 50v50 could be worthy of another spin-off mode all its own.