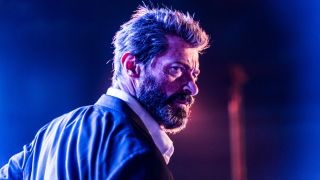 If you’re expecting Cyclops, Wolverine, and company to rock up after Avengers: Endgame (or even at any point in the near-future of the MCU), you’d better hold your horses. That’s because Marvel Studios supremo Kevin Feige has teased that the next five years of new Marvel movies – which we can probably safely call MCU’s Phase 4 at this point – isn’t going to include the X-Men. That means a long, long wait up until (potentially) 2025.

During an interview with io9, Feige was asked about the possibility of X-Men showing up in the MCU, and his answer will be like an adamantium claw to the heart for those hoping the likes of Professor X and Tony Stark would appear on-screen together: “Not for a while.”

In fact, as the Fox/Disney merger has only just been completed, Marvel has been busy cooking up plenty more Phase 4 plans without relying on any of the Fox-owned characters being parachuted in.

As Feige explains, “It’s all just beginning and the five-year plan that we’ve been working on, we were working on before any of [the Fox merger] was set. So really, it’s much more, for us, less about specifics of when and where [the X-Men will appear] right now”

That makes sense. As much as the fanboys and fangirls inside us want to have a big Avengers vs. X-Men dust-up straight out the gates, it’s no coincidence that Marvel has made billions by having a very careful plan put in place at all times.

The next five years or so, starting with Spider-Man: Far From Home, will inevitably deal with the fallout from Avengers: Endgame and, after that, who knows? But it’ll probably have an X-Men flavour to it. As Feige says, “It’s nice that they’re home.” Yes. Yes, it is.

As we near the Avengers: Endgame ending, it might be nice to see what other movies are worth watching in 2019, so check them out below! Lord knows we'll need something to fill the void after April 26.