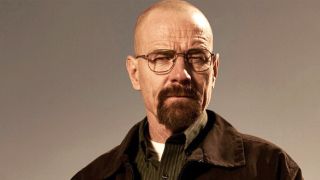 Just what are they cooking up? Aaron Paul and Bryan Cranston are continuing to grease the wheels of the Breaking Bad movie hype train by releasing another set of head-scratching tweets. It follows the recent trend of teasers that indicate something related to the hit AMC series is just over the horizon.

Taking to Twitter, both Paul and Cranston (who provided a link to his Instagram post instead), posted a picture of the pair – who played Jesse Pinkman and Walter White up through the show’s entire run – with the caption reading: “Even sooner.”

This follows on from last week’s social media shenanigans, which involved the meth-cooking dream team knocking on the collective hearts of the Breaking Bad fanbase with a shot of two mules. The caption that time read: “Soon.”

If you’re a little late to the comings and goings of the Breaking Bad movie, last year it was announced that the project was in development – with sights set on a 2020 release.

According to a logline that was uncovered at the time by the Albuquerque Journal (who else?), the Breaking Bad movie will “track the escape of a kidnapped man and his quest for freedom.”

As Breaking Bad fans know, Paul’s character Jessie escaped being the prisoner of a villainous bunch of drug dealers at the end of season five, while Cranston’s iconic Walter White died during the series finale. The latter's potential return could mean either some sort of flashback sequence or hallucination is in the works.

Want more Cranston news? The director of the Uncharted movie has discussed whether the actor is playing Sully

So, what does the newly released image mean? The Breaking Bad movie has been an open secret for some time now, so anything and everything Paul and Cranston release out into the world (at the very same moment, no less) is bound to be put under the spotlight more intensely than ever.

It all appears to be leading up to an imminent announcement. After all, we’ve reached the “even sooner” phase of teasers. Interestingly, the latest tweets arrived exactly a week after the mule posts. Mark July 9 on your calendars, just in case.

Need something to take up your free time until then? Check out this week's Release Radar video down below, our recap of the biggest releases in games, movies, and TV over the next seven days.