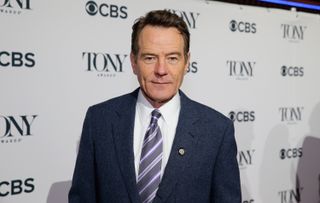 There are few games as cinematic as Uncharted. The quadrilogy, which follows the adventures of explorer Nathan Drake, has all the qualities of a blockbuster movie franchise, with stunning cut scenes, explosive set pieces and double-crossing character. It's little wonder, then, that Sony is pressing ahead with an Uncharted movie.

There's not a huge amount of information currently available about the forthcoming adaptation; we know that Tom Holland has been cast as a young Drake and that 10 Cloverfield Lane filmmaker Dan Trachtenberg will direct. There's also a December 18, 2020 release date in place.

Reports recently circulated that Bryan Cranston has been cast in the film. Though unconfirmed by Sony, the Breaking Bad actor's potential casting has had fans speculating that he could be playing Sully - Nathan's mentor and father-figure - in the Uncharted movie.

In an exclusive interview, Trachtenberg spoke to GamesRadar's Connor Sheridan about the rumoured casting.

As far as Trachtenberg is concerned, there's currently "no plan" for who will play Sully.

"I mean, [Sully]'s in the movie obviously, but we have not started any casting talks with me being at the helm," he continued. "Not to say any of those ideas that have been floating around might be cool ones, but we haven't engaged in that yet."

So, while Cranston will not be playing Sully, there's the implication the actor may play someone else all together. Perhaps the movie's villain?

Trachtenberg also spoke to GamesRadar about Tom Holland's casting as a young Nathan Drake, saying the idea seemed like "a really smart way in". He also discussed returning to the Cloverfield cinematic universe, revealing that there have been some "fun" ideas thrown around for a "radically different" sequel to 10 Cloverfield Lane.