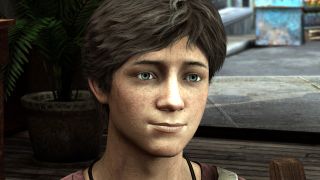 With the Uncharted movie officially confirmed for December 2020, now is a good a time as any to start getting a foothold on some of the more compelling creative choices surrounding the upcoming video game adaptation. That includes the decision to cast Tom Holland as a young Nathan Drake - a departure from the wisecracking thirty-something version of Drake featured in the Naughty Dog source material.

The movie’s director, Dan Trachtenberg, who also helmed 10 Cloverfield Lane and the brilliant fan film Portal: No Escape, exclusively spoke to GamesRadar's Connor Sheridan about why the choice to go for a slightly less experienced treasure hunter was the right one.

“I think Tom Holland is a brilliant actor,” says Trachtenberg, “and the idea of not doing the video game stories, telling a tale that hadn’t been told yet, I thought was a really smart way in.”

Trachtenberg, though, reveals Drake won’t actually be as young as some fans may have feared, especially when taking into account both Uncharted 3 and Uncharted 4’s extended flashback sequences. “[In the Uncharted movie] he might go a little bit older in a way that you realize. 'Oh, it's Nathan before the first game’, but it's not like Young Nate Drake. He's not playing Nathan in the flashbacks. This is actually just Nathan and Sully’s first adventure.”

“That was the real hook,” Trachtenberg explains, hinting that the blank canvas of an untold story mixed with the slightly earlier timeline involving Nathan and Sully going globetrotting for the first time is a narrative nugget to treasure. “I think some people are misreading the casting choice and all that stuff.”

So, don’t go in expecting a completely fresh-faced Nathan Drake in the Uncharted movie. He may be young, but he’s well-placed to eventually catch up to the Drake we know and love from the games – as well as offering a side to the treasure hunter that we’ve never seen before.

Dan Trachtenberg also spoke to GamesRadar about potentially returning to the Cloverfield cinematic universe. Read everything he had to say here as well as news about Bryan Cranston in the Uncharted movie - he probably won't be playing Sully.