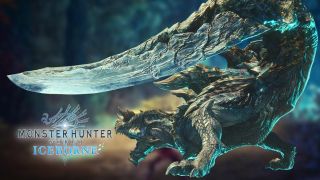 The Monster Hunter World Iceborne Acidic Glavenus is a variant version of the Glavenus, which is itself a new monster in Iceborne. It uses a sharp blade-like tail to attack with, but can also coat it with a toxic substance that can drain your defence before leaping in to cleave you in half. It’s surprisingly fast for its size too, so you’ll need to know what to look out for if you want to take it out.

This Brute Wyvern gains increased attack power and mobility whenever it sharpens its tail, making it an absolute nightmare to fight. If you thought hunting Glavenus was tricky already, then you’ll need to take even more care when it comes to fighting this new subspecies. Fortunately, our handy guide aims to supply you with the tips and tricks you need to take down this hyper-aggressive Wyvern.

Acidic Glavenus is a relentlessly aggressive monster that uses its katana-like tail to deliver blisteringly fast attacks and precise jabs that can quickly overwhelm even the most experienced hunters. This Brute Wyvern stomps through the depths of the Rotten Vale in search of prey, inflicting its foe with sulphur infused tail swings and jabs. The key thing to be aware of with this beast is that it shifts between three different states.

In order to beat Acidic Glavenus, you’ll first need to understand this subspecies’ sharpened, normal, and debuffing states. For example, during the sharpened state Acidic Glavenus forgoes all debuffing capabilities and instead gains increased attack power and mobility. This phase is incredibly dangerous as it can move around while unleashing a volley of deadly jabs, so consider laying down a pitfall or shock trap to reduce this monster’s mobility. When Acidic Glavenus starts to sharpen its tail, you’ll need to either make some distance, stick behind his left leg, or dodge it with a well-timed dive. Make sure you circle round Acidic Glavenus whenever it’s readying one of its lethal tail jabs and get ready to weave in a few quick attacks during the animation’s down time. Lastly, the jumping tail slam can be avoided by simply rolling to the side before the attack connects, however, you also have to be aware of the follow-up attack, which is a tail sweep. If you get hit by either of these you’re likely to take a hefty chunk of damage.

The sheer speed of Acidic Glavenus attacks during its sharpened stage may seem intimidating at first, but they are easily exploitable when you know how to avoid them. Simply look for windows where you can unleash a few quick attacks and then prepare yourself for the next volley. The normal state is more akin to regular Glavenus as its moves become a lot slower, so make sure you dish out as much damage during this stage. The main thing to be aware of here is that just because you don’t get hit by the tail, that doesn’t mean you’re safe. As it swings it’s acidic tail around it flings off chunks of debilitating goop that sticks around on the floor. This allows it to effectively control your movement and can be a huge challenge when combined with its formidable attack power. This debuff effect is already used by World’s Barnos, Behemoth and Deviljho, so it would make sense that Acidic Glavenus would apply this ailment in order to shred through its enemy’s armour.

Just like normal Glavenus, cutting this subspecies’ katana-like tail should be a top priority for any hunting party, especially if you wish to reduce the range of its attacks. You’ll likely be able to break Acidic Glavenus’ tail during its sulphuric state as the regular Glavenus’ tail is only breakable when heated. While this fight is by no means easy, there are a few things you can do to make it a lot less painful. If you’re tired of taking huge amounts of damage when you’ve been inflicted by Acidic Glavenus’ debuff effect, then consider packing Adamant Seeds or a few Armorskins. Not only will these items negate the effects of the debuff, but they will also prevent you from taking obscene amounts of damage. If, on the other hand, you’re looking to end the fight faster due to your own attack power, then take along a Fire, Thunder, or Dragon weapon. It’s weak to all of these elements, and will go down much faster if you’ve got a good Master Rank weapon that fits the bill.