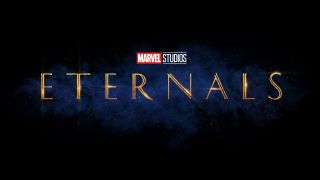 The Eternals is one of the very first Marvel Phase 4 entries – and certainly one of the hardest sells. The space-dwelling demi-gods will be a big departure from typical MCU fare though, if the movie is anywhere near as gorgeous as this piece of concept art makes out, Kevin Feige may yet have another billion-dollar hit on his hands.

The shot in question, which was given out in poster form to a select few during the Marvel San Diego Comic-Con panel announcement, has now been given a fuller reveal. That’s all thanks to the extremely talented Rodney Fuentebella, senior visual development concept artist at Marvel Studios. Take a look below.

Here is the Marvel’s Eternals poster I did for the San Diego Comic-Con 2019. This was an exclusive poster given out on Sunday at the event. I cannot believe I was able to do this poster for @sdcc_2019 !! Thanks to @marvelstudios and @ryan_meinerding_art for letting me paint this poster. Be sure to check this movie when it comes out... we are working really hard on this one too! Enjoy! - @marvel #eternals #marvel #digitalart #digitalpainting #zbrush #photoshop #mcu #exclusive #painting #conceptart @rodneyimages Rodney Fuentebella

While The Eternals themselves are missing in action, it’s the Celestials – the canonical creators of both the Eternals and their nemesis, the Deviants – that take centre stage. We’ve encountered them previously in the MCU: the Collector’s retelling in Guardians of the Galaxy of the Power Stone saga provides a tease of one helmeted Celestial, and Kurt Russell’s Ego is also one, but these new designs are unlike anything seen before.

Each Celestial towers above the clouds and mountain ranges, and all four look to be just as imposing as both Guardians movies would lead us to believe. The Celestial in the foreground even looks to be powered by a mini-sun and could easily pass as something from The Day The Earth Stood Still.

Of course, The Eternals concept art could change from the final product, but this is a window into the sort of design process Marvel is aiming for with the movie. The sleek, steely designs, the stars twinkling in the background, and beings stronger than anything ever seen in the MCU – all in one image. This is sci-fi, Marvel style. Yeah, we’re excited.

The Eternals, starring the likes of Angelina Jolie, Richard Madden, and Kumail Nanjiani, will be released in cinemas on November 6, 2020. ­

With The Eternals, we could be going right back to the MCU's origins. There's never been a better time to brush up on the complete Marvel timeline.