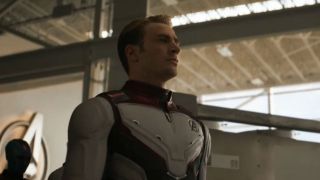 Avengers: Endgame, surely the most anticipated film of 2019, is nearly upon us. In a matter of weeks, we’ll actually be able to see what’s happened in the time since the end of Avengers: Infinity War, when Thanos completed his gauntlet and wiped out half of the universe with a snap of his fingers.

Both Ant-Man and the Wasp and Captain Marvel took place before the decimation, so Endgame will be the first film actually set in a post-snap world. And Endgame isn’t just a sequel to Infinity War: it also serves as a culmination to the Marvel Cinematic Universe’s Phase 3, and the entire ‘Infinity Saga’ to date. So it’s fair to say there’s a lot resting on this film.

The plot has been shrouded in the kind of secrecy that goes beyond what you’d expect even from a Star Wars Episode. Very little is known about the actual plot, but it was revealed that the run time was clocking in at around three-hour mark, making it far and away the longest MCU movie to date.

Avengers: Endgame is on the cover of our sister publication Total Film magazine, and inside the new issue, TF talks to the filmmakers behind the Marvel epic. “It’s 10 years of one of the greatest experiments in movie history coming to a close,” says director Joe Russo, one half of the sibling duo behind Endgame, Infinity War, Captain America: Civil War, and Captain America: The Winter Soldier. “And you know, it’s an epic narrative that’s fitting right around three hours.”

When asked if they were ever pressured to cut the time down, Anthony Russo responds, “Joe and I like very propulsive storytelling. We like to keep it tight and focused, and to give the audience a thrill ride. But this movie… you know, no one’s been pushing us to cut the film. We usually are – we’re primarily pushing ourselves.”

So, was it always going to need to be this long? “We suspected it,” continues Anthony. “Again, the number of characters, the scope of the story, the fact that it was a conclusion. It’s just that everything lined up [so] that it was going to be a difficult story to tell. Meaning that it would require a lot of screen time to tell it properly.”

Screenwriting duo Markus and McFeely – who have co-written every Captain America movie, plus Thor: The Dark World, Infinity War and Endgame – agree that an undertaking of this scale, which is the endpoint of more than 20 movies to date, shouldn’t be rushed. “It always felt like this was not a movie that you should cut stuff out of for efficiency,” Markus tells Total Film. “You know, people have sat through 21 movies. They put in – what is that? – 44 hours of sitting. I don’t think there’s anybody there who’s like, ‘OK, I’ve got to get out of there in 85 minutes, I want a nice, quick wrap-up.’ You’ve earned a long, satisfying, conclusion to the story you tell. So I don’t think there was anybody who wanted to trade it out for a speedy box-office. Even watching it, it doesn’t feel like a slog.”

And as McFeely adds, totally deadpan, “It’s a kinetic movie, but don’t have a soda.”

Avengers: Endgame opens in the UK on April 25, 2019, and in the US on April 26, and you can read all about it in the new issue of Total Film magazine, which hits shelves this Friday, April 5. For much more from the Russo brothers and Markus and McFeely, as well as loads of additional MCU goodness, check it out!

If you’re a fan of Total Film, why not subscribe so that you never miss an issue, and you’ll also get exclusive subscriber-only covers like the one below, delivered directly to your doormat before it hits shelves? What are you waiting for? We’re currently running a subscription offer where you can subscribe from as little as £12.25 to get an Alien Funko Pop! And 50 Greatest Sci-Fi Movies book, worth £20! Or you can upgrade your package to get Alien: Isolation on Xbox or PS4 too. Head to My Favourite Magazines now to take advantage of the offer. (Ts and Cs apply).