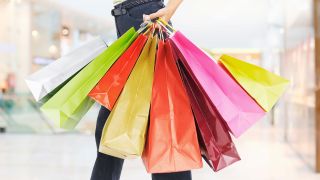 ***Update: Prime Day is over, and all the deals below have expired***

While all your attention might be focused on scouting out the best Amazon Prime Day game deals, you might want to keep half an eye on the other retailers who are jumping on Amazon's price-slashing bandwagon. Other companies like Walmart and Newegg are offering similar deals over the same time period, just to keep your wallet on its toes. So, with that in mind, here are the best non-Amazon Prime Day bargains available right now:

32GB iPad (Gold / Space Grey / Silver) | $249 at Walmart (was $329)
For when you need a break from console and PC gaming, or just want to catch up with Netflix on the go, you can't beat a smashing deal on a new iPad like this one from Walmart.
View Deal

Google Home Mini (four colour options) | $25 (was $49.99) at Walmart
Take your home one step closer to smart with the Google Home Mini and all its Google Assistant power, and get a dinky yet powerful  speaker in the process.View Deal

Despite the fact Currys / PC World, Very, John Lewis and a few other retailers are doing their own versions of Amazon Prime Day, the actual deals are pretty slim pickings outside of Amazon's own offerings. But, there are a couple to keep an eye out for: