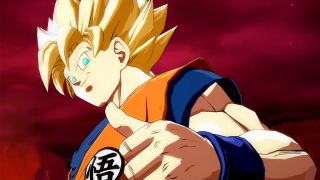 Like manga and anime series, the best anime-inspired games range in tone dramatically from thoughtful and evocative to grandiose and adolescent, and everything in between. Anime series are categorized into subgenres for that same reason - Dragon Ball is an unambiguous "shonen," Neon Genesis Evangelion a "mecha," Sailor Moon a "shojo," and so forth.

Some of these games will evoke a swelling sense of adventure, others will pay off more laboriously through brain-breaking puzzles, and others still will make the most hardened of us shed tears, quiver in fear, or worst yet, question our very sense of self. Whatever your tastes, you're almost certain to find something you like in the wonderfully diverse niche of anime-inspired video games.

If you aren't at all familiar with Doki Doki Literature Club, you probably have a lot of questions. And I can tell you that whatever you might think of it given the name, Doki Doki Literature Club probably isn't anything like what you're expecting. Even looking at screenshots, you'd probably imagine you're dealing with a run-of-the-mill, anime-inspired dating sim, but you'd never guess the horrific psychological nightmare waiting for you just beneath that shiny harem surface.

Doki Doki Literature Club is a violent, genre-busting psychological horror game and interactive visual novel just waiting to mess you up. Final warning: Doki Doki wears cute clothes, but the plot deals in shockingly heavy themes and subjects including depression, suicide, insanity, and the grotesque. If you can stomach it, Doki Doki Literature Club tells a story worth hearing, well worth the scary trip.

If you've ever wanted to inhabit the most powerful heroes of the Dragon Ball universe and exact revenge on any one of their many foes, Dragon Ball FighterZ offers that satisfying, almost cathartic experience. Of course, you can also embrace your inner-villain and fight Goku as Frieza, Buu, Kid Buu, Beerus, Cell, and Captain Ginyu.

It's hard to live up to the sheer energy that's drawn so many viewers to Dragon Ball over more than three decades, but Dragon Ball FighterZ is easily the most successful fighting game at doing so based in the series' universe. It's fast, punchy, visually awesome, and most importantly, makes you feel like Goku - or Cell, depending on your moral compass.

If you're looking for a traditional JRPG with a heavy anime bend, Tales of Berseria fits the bill and then some. The combat, if not entirely innovative, is challenging enough to engage through the roughly 60-hour campaign, but the real highlight is the emotionally-captivating storytelling.

Bucking so many trends we aren't soon to miss, Tales of Berseria follows a relentlessly badass female protagonist - a first for the series - in her journey to avenge her brother's death by killing his murderer. It sounds formulaic enough, but Tales of Berseria will surprise you at every plot-turn, and in-between keep you satisfied enough with its battling to see what happens next.

If the anime you prefer are of the stylized, global, and awe-inspiring type, Astral Chain is right up your alley. And if you're at all familiar with PlatinumGames' other IPs, like Bayonetta and Nier: Automata, you're already largely familiar with Astral Chain's vibe.

The combat is frenetic, the visuals are bright and busy, and boss fights are brilliantly inventive. Better yet, and sort-of surprising for the genre, Astral Chain tells a well-crafted story well worth paying attention to. For a little bit of everything, including smartly-designed side quests, platforming, and puzzle-solving elements, Astral Chain is your most stylish and categorically shonen choice.

999 is another oddball sleeper hit with a unique gameplay flow structured around a surprisingly captivating story. Also like Catherine, the story branches into different paths based on your choices, although in 999 reaching the "true ending" requires multiple playthroughs.

Playing through the stressful, at-times violent story requires sitting through something of a visual novel, interrupted by sequences of puzzle-solving to escape situations. The plot is nothing short of a dreadful situation; you wake up on a cruise ship with eight other captives, and your goal is to find the door marked '9' before time runs out and the ship sinks. Worse yet, disobeying commands in "the Nonary Games" causes a bomb placed inside your stomach to detonate. Needless to say, the stakes are high in 999, and you feel the intensity from the opening sequence through to the end.

Catherine deserves more attention, but the game itself is to blame for its niche appeal - its subversive and sexually-charged moralizing is almost impossible to package neatly into its inventive puzzling RPG format for mass appeal. Catherine tells the story of a young commitment-phobe trapped in the clutches of a succubus, struggling to survive nightly attacks and reconcile his faith in his relationship.

The only real gameplay here takes place while Vincent is asleep, and it's all about moving around blocks to climb a structure and escape the giant monster clawing its way up from the bottom. The under-pressure puzzling at Catherine's core is engaging enough, and the story told by day is equally gripping, ensuring you're never bored. Catherine isn't just weird, it's incredibly well-done and well-worth the attention of open-minded gamers, and the new-and-improved Catherine: Full Body is the best way to experience this wild story.

The latest release in the acclaimed Fire Emblem franchise lives up to, and even exceeds its name in plenty of ways. With a large, highly-explorable base hub, emotionally-gripping story, and dynamic characters and relationships, it's easy to forget you're playing a turn-based strategy game, and a damn good one.

Indeed, Fire Emblem: Three Houses is a complex, class-based strategy game at its core. It'll take some time to learn complete mastery of its combat, but once you do, the result is as rewarding as it gets for the turn-based strategy genre.

Ni No Kuni 2: Revenant Kingdom marks more than one departure from its excellent predecessor, but stands on its own as an ambitious, rewarding JRPG with a massive heart in its center. Studio Ghibli wasn't involved this time around, battling is no longer turn-based, and there's a whole new city management gameplay loop and skirmish battles. For my taste, the frantic, kinetic battling is an improvement over the first Ni No Kuni's traditional turn-based combat, but I've never been much for the latter.

It's true Ni No Kuni 2 wasn't graced with Studio Ghibli heading up the art direction, but you might not know it at first glance. Characters have that same Ghibli look and environments look hand-brushed, but a closer look reveals some discrepancies. Namely, Ni No Kuni 2 benefits from some of the most diverse, enchanting towns I've explored in a video game, and that charm bleeds through the entire experience.

2. Ni No Kuni: Wrath of the White Witch

Whether you're an unabashed Ghibli-aficionado or you've never heard the name Miyazaki, Ni No Kuni: Wrath of the White Witch can't be missed for fans of anime, video games, or happiness. Ni No Kuni bleeds Ghibli, from the exceptionally beautiful art to the emotional storytelling. As you might expect, gameplay fits rather neatly into the JRPG mold, with an overworld for you to grind through and traverse towns, cinematic cutscenes, and turn-based gameplay.

No matter your preferred anime genre, there's an anime-inspired game for you. The thing about Ni No Kuni that separates it from most JRPGs is how expertly-crafted each element is. The story is profoundly moving, the exceptional Studio Ghibli-drawn art has aged wonderfully (especially with the PS4 remaster), and progressing through the story requires minimal grinding - even less if you take on sidequests.

The latest adventure in the veteran Dragon Quest series is exactly that, an adventure. It's vast, colorful, ridiculously charming, occasionally quite touching, and ultimately satisfying. GamesRadar's review of the recent Switch port called it "one of this generation's finest RPGs."

There are a few genuinely heavy, even heartbreaking, chapters, but for most of the ride you'll be so charmed by the world and its characters that you'll wish they were real. And the gameplay loop is challenging enough to demand some grinding, but by no means excessively. Dragon Quest 11 is a traditional JRPG in almost every way, and the fact that it stands so tall among literally decades of genre classics says all you need to know about it.

If you're on the lookout for more adventures, anime or otherwise, check out our list of the best visual novels.