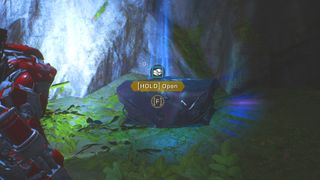 Tracking down some Anthem treasure chest locations is the best way to secure late game Legendary and Masterwork weapons and gear, and they're also a key requirement if you're working your way through the Anthem Tomb challenges. Of course, you'll generally want to find Anthem treasure chests anyway, so you can hoover up the sweet loot they contain! To make it more of a challenge, they're often tucked away in less obvious spots in the Anthem world, so we've pulled out the key locations in this guide to help you track them down. We've also put together an Anthem treasure chest farming route that will net you 15 treasure chests in a single run, because we're nice like that.

You can also check out the Anthem chest locations in our video below:

What are Anthem treasure chests

In Anthem, treasure chests are the key method of obtaining and getting better loot and equipment. You'll earn them as rewards for completing World Events and Strongholds, but you can also find treasure chests in Anthem by just exploring the the world of the Bastion.

Why are treasure chests so important for the Tomb of Yvenia challenge?

When you reach the Tomb of Yvenia, you'll discover that you need to open 15 Anthem treasure chests to complete one of the objectives. The way this used to work is that you had to be the player to open the chest otherwise it wouldn't count, but that's been fixed in a recent patch so as long as you're near a teammate when they open it, you'll receive the progress towards the challenge too.

How to get better loot from Anthem treasure chests

Since you're going to just be flying from one chest to the next, you won't be fighting any enemies. Start your freeplay mode on the hardest difficulty possible that you can access; Grandmaster 3 if you've unlocked it, Hard if not. The loot you receive from Anthem treasure chests will be better since you're on a higher difficulty level. If you have any gear or equipment with a +Luck stat, equip that too, because it will increase your chances of rarer drops.

This Anthem treasure chests map covers almost 30 treasure chests around the Academy Ruins, Great Falls Canyon, and Valley of Tarsis areas of the Bastion. There's undoubtedly loads more to find in the Anthem map, but for now this is a solid amount to get started with. The numbers indicate the optimal route for collecting them all, provided you're not partaking in any World Events as you pass.

By now you should have found 15 chests for the Tomb of Yvenia. If you haven't simply head out of freeplay then back in to join another server and revisit all of these spots until you've found enough chests.