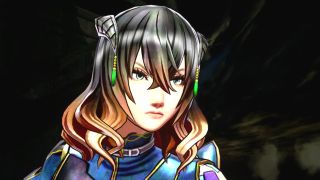 505 Games has confirmed it has submitted a patch to Nintendo to address the myriad of issues plaguing the Switch version of metroidvania, Bloodstained: Ritual of the Night.

Bloodstained: Ritual of the Night hit Nintendo Switch a week after it arrived on other platforms and when it did finally arrive it came with a heap of issues, including slow and inconsistent framerates, low resolutions, and even intermittent crashes.

While there's no confirmation yet on when we might see the patch go live – right now, we only know 505 Games has submitted the patch and is awaiting its approval by Nintendo –  the publisher did confirm that once it's been given the all-clear, it will "update the game asap".

"I’m happy to report that this week we submitted a patch for Switch, once it’s approved we’ll update the game asap," said 505 Games' Roberto “Angel-Corlux” Piraino on Bloodstained's Kickstarter page. "The following changes are already locked in, and we’re working to confirm even more changes/improvements etc. for this patch, hopefully by next week.

"The teams continue to work on input delay, stability and optimization," Piraino added. "We’re not ready to release these improvements just yet, but we’ll be sharing more information in the coming weeks."

The update also addressed the issue with the "Overlord" achievement not popping for Xbox One players. Piraino reported the team was aware of the problem and it is "going to be fixing it", but acknowledged the solution might not be immediate.

"The fix is currently scheduled to be done within the next two weeks," he explained. "I know that may sound like a lot of time, it’s just a matter of prioritizing more important fixes and improvements for now. Thank you everyone for your patience while we continue to make improvements on Switch and the other platforms as well, we will be following up with more updates soon."