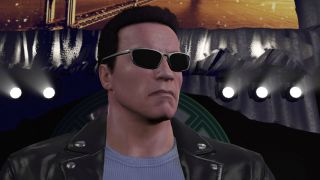 The final WWE 2K17 roster is in place – and while new faces such as Bayley, Asuka, Shinsuke Nakamura and AJ Styles are welcome, their inclusions have come at the expense of a few WWE 2K16 favourites.

In some cases, such as Bad News Barrett, Adam Rose, and Damien Sandow these omissions are understandable; all three left WWE this year, Rose in particularly bitter circumstances. But other instances of wrestlers not returning for 2K17 are a touch more surprising – and we’ve dug out the ten most obvious head-scratchers.

Like Barrett, Rose and Sandow, the Big Guy is no longer with WWE. Yet his release came in August, long after that of Stardust – who does make this year’s roster. No Goldberg vs Ryback dream match in WWE 2K17, then.

Previous pre-order incentives The Ultimate Warrior and Sting were upgraded to the on-disc roster the year following their DLC debuts – but there’s no such treatment for Arnie. Perhaps his fee was one even Million Dollar Man Ted DiBiase couldn’t afford.

Most characters added as DLC last year have made this year’s on-disc roster – such as Big Boss Man and ‘90s tag-teams The Bushwhackers, The Enforcers and The Natural Disasters. But Hot Rod is surprisingly one-and-done in 2K series terms - at least for now.

This Elvis rip-off was a long way from elite in both videogame and real life, but a handy part of the WWE 2K15 and 2K16 rosters, if only to utilise as a jobber in Universe mode. In the same vein, Haku and The Nation Of Domination are frustrating losses this year.

In terms of fantasy WWE opponents for Brock Lesnar, few have stronger credentials than Shamrock – a UFC hall of famer nicknamed the World’s Most Dangerous Man. Lock those fantasies to WWE 2K16, folks; he’s been mysteriously axed for the follow-up.