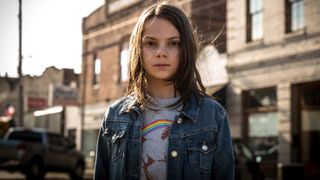 SPOILER WARNING: Catastrophically large, decimating spoilers for the Logan movie are about to occur. You will feel a tide of frustration rise in you if you read on without heeding this warning. On your own head be it.

5 questions I have after watching Logan

Baa goes the sheep, moo goes the cow, and snikt-snikt goes Wolverine. Although, after being given a taste of the slashy prowess of a young X-23, we’ve realised that (just like in the comic books) X-23 could be the next Wolverine in the movies too. It is a codename, after all. However, the claws jutting out of her knuckles aren’t the only compelling reason for X-23 to take on the cigar-chewing mutant’s mantle. Hidden talents lie underneath her healing-factor skin, explored mainly in the X-23: Target X comic book collection which goes into her backstory and escape from the Facility where she was bio-engineered and raised. Admittedly incredibly different from the Logan movie, the comics still produce a similar X-23 that we saw on the big screen: one unfamiliar with normal etiquette, that has a tendency to slash throats, but is also compassionate (much to her creator’s disdain). Here’s a quick rundown of why X-23 should continue Wolverine’s legacy and don his trademark leather jacket.

1. *Twice* as many bladed limbs

X-23’s bladed feet isn’t just there to make pedicurists take a step back - just like in the comics, in the movie her combat is an acrobatic snikt-fest which uses a lot more flips and cartwheels than we’re used to with the classic Wolverine. And that’s when she’s just a kid. After all, what’s the use in having knives jut out from beside your big toe if you’re not going to use them? While she’s undeniably as lethal as the mutton-chopped Logan, it’s possible that she could be (whisper it, now) more deadly.

Combat choreographers for the movies could roll up their sleeves and imagine some truly splattery fight sequences, especially as she’ll probably be older so would have fine-tuned her brawling. I suspect the unfortunate souls she would run into might not know she has these hidden blades, making for some deliciously underestimated capture attempts. Tie her hands behind her back, go for it...the last thing they’d expect is for her foot to strike upwards and stab their chin.

2. Sabretooth, move over: X-23 has a much trickier nemesis

Wolverine had the muscle-ripped Sabretooth as his arch-enemy, and X-23 isn’t one to be left out. Let me introduce you to Kimura. Playing the terror-inducing role X-23’s handler/bully from her childhood in the Facility, she isn’t super-strong or telekinetic. She’s the ying to X-23’s stabby-stabby yang: her skin is unbreakable. It can’t be cut, sliced, mauled, or pierced at all. Blades make Kimura laugh out loud (in a psychotic way, as she is a bit...unhinged), meaning that X-23’s main attacks are useless when she turns up.

Instead the slashing prodigy has to come up with much more creative ways of getting rid of Kimura whenever she tracks X-23 down. Explosions, poison, blunt force to knock her out: duels with her in the movies would also have to be planned utterly differently. When stabbing her in the stomach won’t make her stay down, how on earth would X-23 bring Kimura to her knees?

Thanks to her intensive conditioning at the Facility, in the comics whenever X-23 smells a specific scent, she blacks out. When she wakes everyone who has the scent smeared on them is dead, as it causes X-23 to go on a murderous rampage. I can imagine this would make for a huge plot hook in any movie: X-23 attempting to obliterate any trace of it from the world, so it can never be used against her. Or having it dripped onto a loved one, then watching from behind a cushion as she gets dangerously close to “acquainting” them with her blades...

4. Emotions? What are they?

Because she was raised in the Facility from birth by scientists - and bullied by Kimura - X-23 doesn’t really act like an ordinary human being. Her sentences are short and to the point, and slang is foreign to her - although she’s not just made up of vocal quirks. Logical to a fault, and headstrong with it, she’s a bit harder to warm up to than the gruff Logan.

Her arc could be quite personal with her finding out how actual people act and display affection (the concept of which is, sadly, alien for her). Both being kept in the Facility for so long in the comics and only getting a taste of the borderline-paternal affection from Logan in the movie indicates that the emotions she’ll be less familiar with are largely benign. Affection and trust might not come naturally to her, meaning friendship could be her most confusing escapade to date.

Forget the movie for a brief moment: a serious chunk of the comics is based on introducing Megan and Debbie, X-23’s aunt and cousin. Staying with them after escaping from the Facility, a photograph of Megan is permanently in the locket X-23 wears around her neck when she becomes a superhero in her own right.

Megan is a bit of a goth, and helps her taciturn cousin find her own very black, crucifix-drenched fashion sense after she turns up on their doorstep. Debbie teaches X-23 about compassion and caring, welcoming her into her home. Sounds too saccharine sweet for you? Such a direct channel to the heart wasn’t quite an option with Wolverine (barring his attraction to Jean Grey), and I bet threatening Debbie and Megan would be an extremely effective way to manipulate X-23 - or would be a short trip to being skewered.

Having needles shoved into her arms and conditioned to fight on command weren’t the only highlights of X-23’s childhood in the Facility. Sent on assassination missions by her superiors, once she disguised herself as a schoolgirl and on another occasion (yes, there are lots of them) she acted like a vulnerable, disabled child in order to get close to her target. As a teen she has no trouble playing it inconspicuous, a skill that I doubt Wolverine would be able to match. Perhaps she could even imitate Black Widow and turn to espionage to help out X-Men instead of being the pure-brawn option Logan was. Plus it helps that she’s fluent in French.

7. Because there can’t not be a Wolverine

This is the obvious one. We simply can’t be left with a Wolverine-shaped gap. After Logan’s death Marvel has a huge opportunity to start telling the stories of a new generation of X-Men, with X-23 at their head as Wolverine. Acting as a bridge to the previous roster of X-Men, she could tell all the anecdotes from its golden age, having been close to both Professor X and Wolverine. So what are you waiting for, Marvel? Make it so!