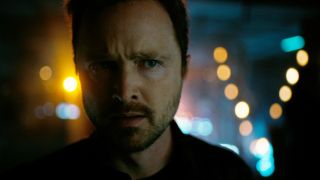 While Westworld season 1 was fairly straight forward for a television show from a Nolan brother and executive producer JJ Abrams (who, lest we forget, helped create the twisty television show Lost), the second season was somewhat confusing for many fans.

The producers have certainly realized this and are trying to reset things a little for Westworld season 3. In an interview with EW, showrunners Jonathan Nolan and Lisa Joy spoke about how season 3 is very different to the previous seasons. “This is season is a little less of a guessing game and more of an experience with the hosts finally getting to meet their makers,” Nolan says.

Season 2 ended with Dolores leaving the park after a massacre, bringing the CPUs for several other characters with her. We don't know which characters will show up in the new season, or what kind of situation they will be in.

“I love shows that find a groove and hang with it for 100 episodes — that was never this show,” Nolan says. “We always wanted every season to find our characters in radically different circumstances. And with a cast this talented, watching the metamorphosis of all these characters is one of the most fun parts.”

Nolan did talk a little about Aaron Paul, part of the infamous Breaking Bad duo, and his new role in season 3. Paul plays a Los Angeles construction worker who interacts with Dolores, teaching her a bit about the reality of the world outside Westworld.

“Aaron’s character will challenge Dolores’ notions about the nature of humanity,” Nolan says. “He’s the type of person who doesn’t get to go to Westworld.”

Looking to get the inside info about where things left off after the second season of Westworld? Check the explanation behind Westworld season 2's post credit scene.