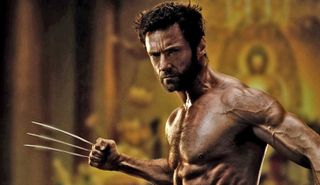 From X-23's possible involvement to Logan facing off against the Reavers, there is plenty of rumour and speculation currently surrounding Wolverine 3, and the latest bit of scuttlebutt concerns the title of the movie. According to various sources, 20th Century Fox have registered two potential titles; X-MenFilms.com is reporting that Wolverine: Weapon X (or Weapon X for short) will be the title, while Crunchbace is reporting on the slightly more spoilery The Death of Logan title, with thedeathoflogan.com redirecting to Fox's website.

Next #Wolverine is titled WOLVERINE: WEAPON X or simply WEAPON X for short. Fox has registered the titles. #XMenJune 12, 2016

The Wolverine sequence in X-Men: Apocalypse had Hugh Jackman's mutant in full Weapon X mode, so it's not a surprise to see Fox considering it for the title. I would be surprised if they dropped Wolverine from the title entirely; that name is simply more familiar to cinemagoers who have watched the X-Men films over the last decade, and many of them won't know Logan's comic book history.

Let us know which title you prefer in the poll below...

Of course, the title doesn't matter nearly as much as what the movie contains, so here's hoping we get some concrete news on Wolverine 3 - or whatever it winds up being called - soon.