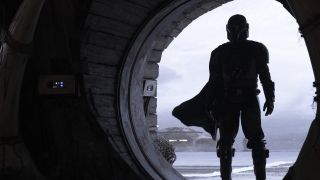 The Mandalorian episode 8 release date is Friday, December 27. Yep, we’re back to Fridays after episode 7 landed on a Wednesday the previous week. As for the season finale release time? There’s little reason to expect it to deviate from its normal set time. So that means The Mandalorian episode 8 will air at midnight Pacific. That’s 3 AM Eastern and, for those of you who are somehow watching in the UK, 8 AM GMT.

Struggling to keep up with The Mandalorian release schedule? Don’t worry, this is the last episode to worry about… at least for a while. Episode 1 aired on a Tuesday, while episodes 2-6 aired weekly on a Friday from then on. Episode 7 shifted back to account for Rise of Skywalker releasing on Friday, December 20. That leaves just the season finale to come on December 27. Here’s the full Mandalorian release schedule, so you can keep tabs on what you have (and haven’t) seen.

What time will new episodes of The Mandalorian release on Disney Plus?

Episode 8 should be here at 3 am but it’s worth knowing going in that there are issues. Depending on what device you’re using, as well as well you live, there’s a small chance that you could be waiting 15-20 mins after the scheduled Mandalorian release time. Don’t panic. Even if you get a Disney Plus error code cropping up, rest assured that the new chapter will arrive shorty after the hour – it’s not always an exact science.

What is The Mandalorian release schedule in the UK?

You’ll have to wait a while: until the Disney Plus UK release date on March 31. After that, all eight episodes should be available from day one on the streaming service.