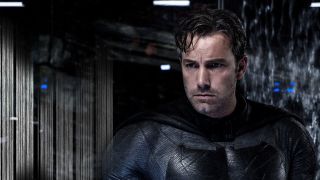 Batfleck, we hardly knew ye. According to reports, Ben Affleck, who donned the cowl in three DC Extended Universe movies (Batman v Superman, Suicide Squad, and Justice League), won’t be coming back for the solo Batman movie. The Batman, directed by Matt Reeves, is going to be shaking things up. The word on the street is that we’ll be getting a story based around a younger Bruce Wayne – and it’ll be out in 2021.

As first revealed by Deadline, Ben Affleck is being replaced as the billionaire due to a focus on a younger Bruce Wayne in The Batman, which is due out in just over two years on June 25, 2021.

It won’t, however, be based on Frank Miller’s iconic work Batman: Year One, which followed Wayne throughout a tough first 12 months under the mask. Also, perhaps unexpectedly, no names have yet been attached or even rumoured to play Batman – though it’s sure to be a hotly-contested role.

But a new face isn’t all the Caped Crusader is going to have to deal with. During an interview with THR, Reeves hints that we’ll get more than one villain fighting Bats during the course of the movie, saying “there will be a rogues gallery.” The last time this happened, we got Batman Forever. Still, I live in faith.

It’ll also lean more heavily on noir elements, with Reeves describing The Batman as a “very much a point-of-view-driven, noir Batman tale," before expanding, "It's told very squarely on his shoulders, and I hope it's going to be a story that will be thrilling but also emotional. It's more Batman in his detective mode than we've seen in the films."

Despite Ben Affleck’s departure, Matt Reeves sounds like a man with a plan – and one that could give Bats the shot in the arm the character so desperately craves on the big screen. June 25, 2021 can’t come soon enough.

Maybe there's light at the end of the tunnel but, for now, here's a complete history of The Batman movie not going well.