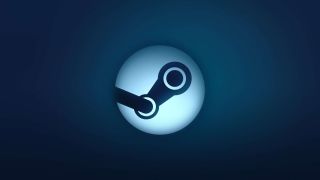 Update: It looks like Steam is back online, after some downtime that brought down the service's Store and Community features. Valve hasn't released any public explanation for the service outage yet, but at least you can resume your normal activities now.

According to Downdetector, reports for the Steam outage started spiking around 11:15 am EST and have only grown worse since then. While Steam's servers do have a hiccup every now and then, they don't typically stay offline for long. This outage is stretching out a bit longer than most, but hopefully it will be resolved in short order.

Currently, it looks like the outage is only affecting the Store and Community portions of Steam. That leaves the Library unaffected, which is important since that's the bit where all your games live. You may be able to play any games you already have installed, or even update and install games that you already own. Just to make sure, I went through and booted up Temtem, which I already had on my PC, and re-installed Kentucky Route Zero (since I want to play the last episode anyway). Both functioned normally. Then I made myself stop playing Temtem because I had to write this instead.

Even with the library in normal operation, it's still a bummer not to be able to look for new games or check out Community features like the Steam Workshop. We'll keep this story updated with more news about the Steam servers down issue as we receive it.