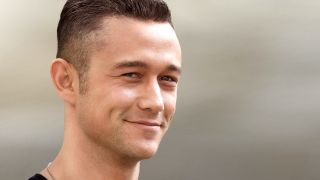 Everybody wants to be in a Star Wars movie, but there are only so many chosen ones and Jedi masters to be found in a galaxy far, far away. What's a big-name celebrity to do? Well, if you've got the hookup, maybe you can get a cameo like Joseph Gordon-Levitt is getting in Star Wars: The Last Jedi. While on press tour in Japan, director Rian Johnson had this to say:

"You know what I can tell you is that my - and we haven’t said this yet, but I think this is okay to say - is that my very good friend, the actor Joseph Gordon-Levitt, who was in a movie I made called Looper, he does a cameo as a voice of an alien in the film. It’s a very brief little thing, but it’s fun, and if you watch the movie, maybe you’ll be able to hear and pick out Joe’s voice in the movie. That’s the first time I’m revealing that."

Funnily enough, one of Gordon-Levitt's earliest acting gigs was as an alien pretending to be a teenage boy in the comedy sitcom 3rd Rock From the Sun. I wonder if this new extraterrestrial will be a call back to those '90s glory days?

Although Gordon-Levitt is the first confirmed cameo in The Last Jedi, he's not the only one being talked about. In February, Making Star Wars reported that Tom Hardy would play a Stormtrooper who recognizes Finn and thinks he's still on #TeamFirstOrder. In April, John Boyega claimed that Prince Harry, Prince William, and British pop star Gary Barlow would also be playing Stormtroopers - though, thanks to his jokester nature, nobody could tell if he was serious or not.

I'm not sure you could call it "tradition" per se, but a plethora of cameos isn't out of place for this new era of Star Wars. The Force Awakens had actors like Daniel Craig, Simon Pegg, and Thomas Brodie-Sangster suit up for various cameos throughout the film as well. Personally, I'm always down for a game of "Oh Hey It's That Guy," so I look forward to spotting Gordon-Levitt's alien and all the other guests.