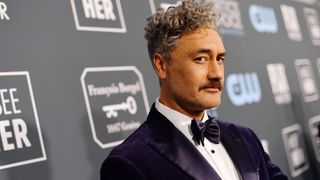 Taika Waititi – fresh off of his Oscars win for Best Adapted Screenplay for Jojo Rabbit – has spoken about some of his upcoming projects. Not only has he moved to downplay any suggestion he’s been tapped to direct a Star Wars movie, he’s also given updates on Thor: Love and Thunder and the live-action adaptation of Akira.

“I wish there was a better story,” Waititi told Variety about those Star Wars rumours. “Are there discussions about the Star Wars film? Like, yeah, I discussed with my friends in 1996 how cool Star Wars was. That’s what they’re going off.”

That’s not to say the New Zealander would turn down any opportunity should it arise. He said he would "love to" but only “if it was right. I would want to do any kind of movie if it made sense. And if it felt not like career suicide.”

Before he decides to embark on a trip to a galaxy far, far away on the big-screen (if at all), there’s the small matter of a reunion with Chris Hemsworth in Marvel Phase 4 movie Thor: Love and Thunder.

When asked about whether Natalie Portman's return as Jane Foster/Thor – which cribs heavily from Jason Aaron’s run on the Thor comics – would also include a cancer storyline, Waititi replied, “We don’t know. That comics run was a big inspiration, and was an influence on the first few drafts. But at Marvel, we always change everything. I could say one thing right now, and in two years, it will be the complete opposite - or that thing won’t exist.”

As for Akira? That’s looking less likely, especially after its indefinite delay. “I think eventually it will happen,” Waititi said, “I’m just not sure if I’ll be doing it.”

If he wants to, Taika Waititi could feasibly dominate pop culture for the next decade. But he’s not shooting for the stars – or a Star Wars movie – just yet.

Here are all the new Star Wars movies and TV shows that have been rumoured or confirmed so far.