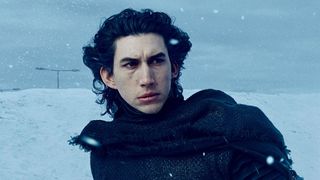 Star Wars merchandising takes another step into the realm of WTF? After spotting a major gap in the market, scent merchant Lifestyle Perfume designed three fragrances to let you smell just like your favorite characters from the movies! As long as they're senators, Jedi or Sith, that is. Yep, this is a surefire way to perfect your cosplay ensemble.

Two of the scents are marketed toward men; although there's nothing stopping women from enjoying these musky aromas also. First up there's Empire, a distinctly Darkside aroma that promises to "cover you with an aura of masculinity and power."

For Force fans, there's Jedi a pink pepper-infused cologne that musters up a "fearless, swaggering flair" along with a "valiant sportiness."

The women's perfume is modelled after Amidala, taking particular inspiration from "her royal elegance as well as by her strong, indomitable will" that vows to make the wearer "irresistible."

As well as perhaps the most creative fragrance descriptions ever concocted, the trio come in lightsaber-style bottles. Each has its own color scheme reflecting the contents within; presumably to avoid accidentally dousing yourself in Sith when you meant to go for a light misting of Jedi.