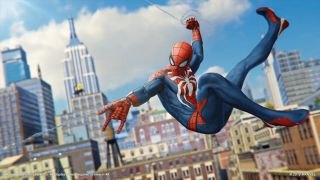 A leak has surfaced on Reddit that claims a sequel to Marvel's Spider-Manis in the works and may release "Holiday 2021." Reddit user v17447377 posted the leak which claims to be from a source "close to Insomniac games" listed story content and features that are said to be in the game alongside the 2021 release date window.

As with all leaks, the credibility of this information should be taken with a huge pinch of salt, but it certainly throws out some interesting directions a Spider Man sequel go after the success of web-slinging antics of the first.

According to the leak, our reunion with Peter Parker will take place in another open world Manhattan area that has expanded from the first game to include Queens and Brooklyn. The leak also claims that it takes place over the winter time, as well as the reddit post goes on to detail some "sparse" story details. Oscorp is said to play a major role in the sequel, with mentions of cloning and nods towards the Marvel Universe outside of Spider-Man's web.

The leak also suggests that while Peter Parker will remain as the focus of the story, it will include more sections dedicated to Miles, who plays an integral role in the narrative. Interestingly, it also poses the idea that "Diablo" esque dungeons mechanic will feature in the rumoured Spider-Man 2 for randomized crimes, saying it will spawn "in different types of crimes in different situations with randomized encounters."

The post ends with the claim that Insomniac is doing "major engine work" and "adopting more technological advances" such as photogrammetry. If the sequel is in development, the release date window would likely place it on the PS5, Sony's upcoming next-gen console slated for release at the end of this year.

Again, there's little evidence to back up this leak and there's every chance these are a series of educated guess. The reason we're flagging it though is that the Reddit user in question recently posted a leak that claimed the (now confirmed) Resident Evil 3 Remake was on the way ahead of Capcom's official announcement. This doesn't necessarily mean that this leak is also true, but it does suggest this leaker has form.

And, given the success of the first Spider-Man on PS4, it's not so unrealistic to imagine a second one is on the way. We'll just have to wait for official confirmation to see how accurate this leak is.

In other news, read about Sony revealing the PS5 official logo or check out our latest Dialogue Options video where we discuss what next-gen will mean for us as gamers below: