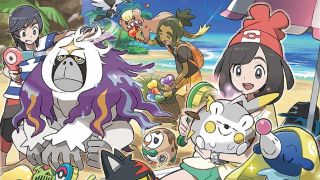 Pokemon Global Link is shutting down next year, which means some online parts of Pokemon Sun & Moon and Ultra Sun & Moon will no longer function. An announcement on the official Pokemon Global Link website broke the news, confirming that the service will be taken offline on February 24, 2020. Make sure you get all your online competitions and ranked battles in before then, and don't miss out on a special reward the service is giving out to celebrate Pokemon Game Link's origins while it lasts.

"After more than nine years of operation, the Pokemon Global Link (PGL) service will be retired on February 24, 2020, at 23:59 UTC," the announcement states. "After PGL service has ended, you will no longer be able to use any gameplay features that require a connection to the PGL on your Pokemon Ultra Sun, Pokemon Ultra Moon, Pokemon Sun, or Pokemon Moon games. You will still be able to use other online functionality apart from the PGL."

Online features that don't use Pokemon Game Link, like direct multiplayer battles and trades, will continue to function. If you sign onto any of the Sun/Moon games before the service is taken offline, you'll be awarded a special "Fennel's Munna" Pokemon. This is a nice little nod to the fact that Pokemon Game Link first went live to support Pokemon Dream World in Pokemon Black and White in 2010. Your guide to the asynchronous online multiplayer component was Dr. Fennel, who was often accompanied by her very own dream-emitting Munna.

Pokemon Sword & Shield use the standard Nintendo Switch Online account system, so they won't be affected by the other service shutting down. While it's sad to see Pokemon Game Link go, at least it will be one less online account to worry about.

Not ready for the next phase of Pokemon yet? You will be with some help from our guide to Nintendo Switch Black Friday deals.