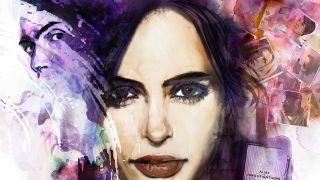 So far Marvel and Netflix have been sticking strictly to a two new seasons per year release schedule; We had Daredevil and Jessica Jones in 2015, and this year we've already gotten season 2 of Daredevil with Luke Cage to follow in just a couple months time. If that strategy continues then we could be waiting a while for the return of Daredevil and Jessica Jones' solo series - not to mention the first season of The Punisher - and Netflix boss Ted Sarandos confirmed as much during the TCA press tour when he noted that Marvel's 2017 slots will be occupied by Iron Fist and The Defenders.

Marvel/Netflix sked: Luke Cage, Iron Fist, Defenders THEN 2nd and 3rd seasons of the other shows and Punisher.July 27, 2016

In a separate interview with IGN, Sarandos added that "we’re gonna try to make them quicker so we can get less downtime between them", which is good news for fans who probably don't want to wait until 2019 for Frank Castle to get his due. There is a good chance that the Punisher will be showing up in The Defenders though - which will unite Daredevil, Jessica Jones, Luke Cage, and Iron Fist against a common threat - and that will have to be enough to tide fans over for a while.