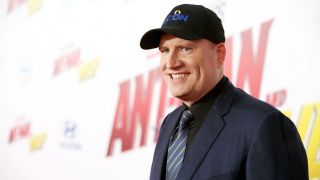 While the majority of the new Marvel TV shows planned are inevitably heading to Disney Plus, it’s been confirmed that Marvel Studios president Kevin Feige is in talks about bringing Marvel back to network television with ABC after the conclusion of Agents of Shield.

ABC Entertainment president Karey Burke spoke of the next chapter in ABC/Marvel relations at the Television Critics Association press tour (via Deadline): “We love our partners at Marvel and we’re sad to see [Agents of Shield] go, it’s been a big part of our history."

Burke added: “We’re looking forward to working with Kevin Feige and we’re at the very beginning of conversations with him now about what a Marvel and ABC show might look like. Right now, Marvel’s focus has been on Disney Plus, as it should be.”

With the final Agents of Shield season set to air later this year, it’ll mark the first time there’s been no live-action Marvel presence on network television since 2013. However, there are several Marvel Phase 4 entries lined up on Disney Plus for 2020 and beyond, including Falcon and The Winter Soldier and WandaVision in Fall 2020. The horror-centric Helstrom series is also set to air on Hulu at some point this year.

A separate space for potentially non-MCU entries under the Marvel umbrella, though, could be creatively liberating. Instead of being tied to well-established characters from the big screen, there could now be opportunities to help push the envelope elsewhere under the watchful eye of Kevin Feige with another long-running weekly series.

Find out what else is to come this year with our rundown of the new TV shows you should be excited about.