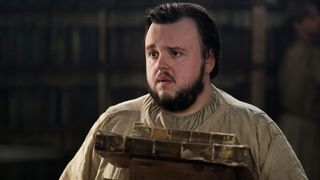 Sorry, Thrones fans: You might have to wait a little while longer yet to watch Game of Thrones season 8. There’s been no concrete air date for the final Thrones season yet, but one actor’s reveal of their filming schedule leaves very little time for a 2018 turnaround.

The gargantuan task of filming the final six episodes will, according to Ser Davos actor Liam Cunningham, see the cast “filming right up until the summer.”

Cersei may have already been testing out Dany wigs in a behind-the-scenes shot, but that doesn’t mean things are ready to get rolling. Cunningham mentions to TV Guide that, due to the longer period of filming, we’ll have a greater chance of seeing bumper episodes, but just not yet: When you think about it, up until last season we'd have six months to do ten episodes, so we're [doing] way more than that for six episodes. So that obviously will translate into longer episodes."

So, if episodes previously took just under 3 weeks weeks to film per episode – give or take – and a start date of, say, November (judging by actors already getting into makeup) and lasting ‘til July would mean *gets calendar out* 9 months for six episodes. That’s just over double the production time per episode. Wowsers. But that definitely means 2019 is looking more like a distinct possibility with every passing day.

Cunningham has also confirmed that the episodes are “definitely going to be bigger” which is some claim from the show that’s brought us Battle of the Bastards and countless other incredible set-pieces. Then again, six normal-sized episodes isn’t a great deal to wrap up every loose ending, chop off every main character’s head and have The Hound riding off into the sunset now, is it?