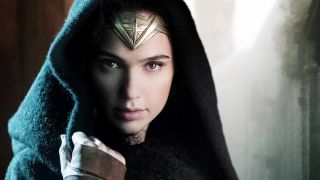 In 2016's Batman v Superman: Dawn of Justice, Diana Prince (AKA Wonder Woman) had more or less abandoned humanity. In 2017's Wonder Woman, which takes place much earlier, Diana is portrayed as someone who would never, ever give up on humanity - it was kind of the whole point of her character arc. Actress Gal Gadot addressed the discrepancy during a stop along the Justice League tour, admitting the two portrayals don't necessarily line up.

Read more: 8 questions I have after watching Wonder Woman

"None of us knew exactly, exactly, what's the backstory of Wonder Woman," Gadot told press. "And once they decided to shoot the solo movie for Wonder Woman and we started to dig in to understand the core of this character, we realized that, actually, there is no way that Wonder Woman would ever give up on mankind."

"The reason why she left the island was because she wanted to make [humanity's] lives better and safer. They are her calling. So, I’m giving you a very honest answer, but it was... sometimes in a creative process, you establish something that is not necessarily the right decision, but then you can always correct it and change it. So Wonder Woman will always be there, as far as she’s concerned, for mankind."

This all makes total sense of course, as changes behind-the-scenes are hyper common in the movie industry. It's just nice to hear someone admit it and treat the situation like it's no big deal. Besides, like Gadot says, there's time to fix any major issues: maybe we'll see a retconned reason of why Diana went quiet in Wonder Woman 2 (which is rumored to take place in the '80s)? Or maybe Justice League will address it first?