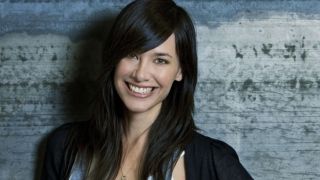 There's a lot we already know about the third-person Star Wars game from EA. We know Uncharted and Legacy of Kain writer Amy Hennig is penning the script, Dead Space series studio Visceral Games is developing, and Assassin's Creed producer Jade Raymond is co-developing with her new studio, Motive. And yet we still don't actually have confirmation what the game is about, or what it's even called. But that could change during E3 2016.

In a recruitment letter posted to EA's website, Raymond took note of how far her studio has come, and wrote that she was "super excited" to share more in the coming months. But the real eyebrow raiser is her conclusion: "See you in a couple weeks!" What happens in a couple weeks? That's right, E3; or rather, since EA pulled out of the show, EA Play. Could Raymond be taking the stage to make a public appearance and reveal the game? Not definitely, but her phrasing suggests she'll at least be in Los Angeles to meet with people.

I know, I know. It's not much to go on. But hey, a 2-meter exhaust port wasn't much of a target either, and look how that went down.