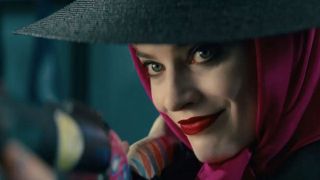 The Birds of Prey runtime has reportedly been released – thanks to the Irish Film Classification Office (IFCO). If the numbers ring true, it makes the film – full title Birds of Prey (and the Fantabulous Emancipation of One Harley Quinn) – the shortest DCEU movie yet.

So, the Birds of Prey runtime is 108 minutes according to IFCO (via ComicBook.com). Or 108 minutes, 46 seconds if you’re feeling particularly precise.

While runtimes in general are not even close to being an indication of quality, it’s interesting to see how the Suicide Squad spin-off stacks up to its DC peers. In fact, it’s the only one to come in at under two hours.

However, this Birds of Prey runtime isn’t official. Not yet, anyway. You only have to look at the early (and slightly wrong) Star Wars: The Rise of Skywalker runtime to see that plans change and cuts can end up being extended – or shortened – before making it to cinemas.

Birds of Prey is set for release on February 7.

Find out what else is heading to cinemas with our complete movie release dates calendar.