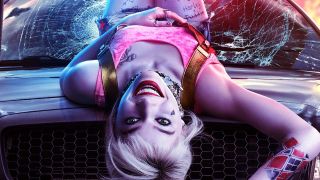 Despite positive reviews, Birds of Prey (and the Fantabulous Emancipation of One Harley Quinn) has failed to soar at U.S. the box-office.

The anti-hero team-up made $33 million across its first weekend – way below the movie's estimated takings of $50 million. That means the Suicide Squad spin-off has had the lowest opening weekend of any movie in the DC Extended Universe, falling way below Shazam!'s $53.5 million.

As a result, Warner Bros. is pulling out all the stops to get superhero fans off their sofas and into cinemas. The studio has renamed Birds of Prey online to emphasise Margot Robbie's leading character, with the movie's new title being Harley Quinn: Birds of Prey. Cinemas across the U.S. – including Cinemark and AMC – have already changed listings on their websites to reflect the name change.

Warner Bros. has added that the name change is just for online purposes, and the official name is still the beleaguering long Birds of Prey (and the Fantabulous Emancipation of One Harley Quinn). Rather, the rename has been done for online search purposes.

A quick look at Google Trends – Google's way of measuring which search terms have the most interest – shows that "Harley Quinn" has been searched almost twice as much as "Birds of Prey". Only two weeks ago, as marketing ramped up, did "Birds of Prey" overtake "Harley Quinn".

It would therefore seem that casual superhero fans have long known about a Harley Quinn movie, but presumably were less aware of the Birds of Prey. No doubt the name change is hoping to catch those people searching for Harley Quinn's new movie and may be confused when they see Birds of Prey.

For those of you who have seen Harley Quinn: Birds of Prey (which still seems off to type), we have a bunch of spoiler-filled content for you to make your way through, including Birds of Prey ending explained, Birds of Prey cameos and Easter eggs, and our Birds of Prey podcast, which you can listen to below.