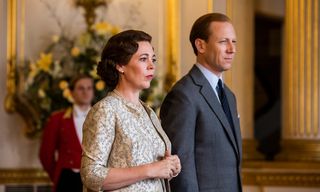 The Crown season 5 will be the show's last. Despite the royal family having more than its fair share of recent drama – including Megan and Harry leaving (AKA Megxit) – the show will end long before then.

Creator and showrunner Peter Morgan confirmed, via The Hollywood Reporter, that the show will end with season 5. We have one more season with Olivia Colman as the Queen, and one last season with a new replacement: Imelda Staunton, who many people will recognise as playing Dolores Umbridge in the Harry Potter movies.

"At the outset I had imagined The Crown running for six seasons but now that we have begun work on the stories for season five it has become clear to me that this is the perfect time and place to stop," Morgan said in a statement. "I’m grateful to Netflix and Sony for supporting me in this decision."

Staunton added: “I have loved watching The Crown from the very start. As an actor it was a joy to see how both Claire Foy and Olivia Colman brought something special and unique to Peter Morgan’s scripts. I am genuinely honoured to be joining such an exceptional creative team and to be taking The Crown to its conclusion."

Claire Foy initially played the Queen through the show's first two seasons. When first commissioned, the show was one of the most expensive series of all time, with initial reports claimed it cost the streaming service £50 million per season.