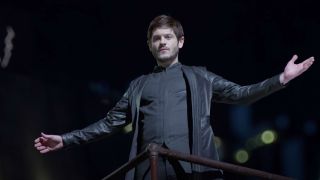 The Inhumans, oh, the humanity. SDCC was a perfect chance to regain some of the lost confidence in Marvel’s new project but, lo and behold, the trailer has only made people more bewildered and uninterested. Whisper it, but the trailer isn’t that bad (see for yourself below) but the internet isn’t the best place for nuanced opinion now, is it?

The trailer, which details The Inhumans’ sanctuary on the moon, Attilan, being subject to a coup by the king Black Bolt’s younger brother Maximus shows off a decent enough plot but some shaky CGI and – oh god – more mediocre makeup and costumes. Killer soundtrack, though.

What did the public at large make of it? For one thing, those in attendance at the SDCC panel reported laughter coming from the audience. Trust me, they’re not laughing with it. Here’s the choicest cuts of criticism from around the internet:

There's something strange about the Inhumans trailer in that it looks like a high budget fan film-- except WITHOUT all the passion and joy.21 July 2017

I watched the Inhumans trailer.Please delete this shit while you still can. It's not too late. Please save the sanctity of IMAX screens.21 July 2017

Saw the Inhumans trailer at the IMAX tonight. I say this as a big Marvel fan: that show looks laughably, outrageously, aggressively awful. pic.twitter.com/3JVxflBYmg21 July 2017

Want to check out the rest of SDCC? Watch every SDCC 2017 trailer released so far here.