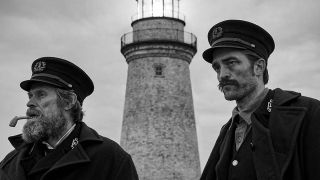 Robert Pattinson is stepping into the shoes of The Dark Knight in The Batman next year – and he’s recently revealed the advice given to him by The Lighthouse co-star Willem Dafoe, himself no stranger to the world of comic book movies with his turn as Green Goblin in Sam Raimi’s Spider-Man.

Speaking to sister publication Total Film magazine, Pattinson said Dafoe’s drive to be cast as Green Goblin mirrored his own chase for the cowl, "Actually, I did talk to him about the Green Goblin. Because he really, really wanted to do it. He said he was auditioning for it, and really, really went after it. And I was like: it’s interesting – I think a lot of actors who’ve done loads of stuff, it’s like, they come to you."

Pattinson adds: "He was saying, ‘People didn’t really understand why I liked that character so much. It’s just a great, great character.’ It’s kind of how I feel about Batman."

Dafoe says the move towards the world of comic book movies is "a combination of keeping things interesting, and not repeating yourself," before recalling, "The Green Goblin, I look back on it, and you’ve got to remember: that [comic-book movies] wasn’t an industry at that moment.

"That was like a new kind of thing to do... But I do recall, at the time, some people that know me more from, you know, the independent world or art films, who were rolling their eyes, like: ‘What would you want to do a comic-book movie for?’ But I’ve never been a snob that way. I like to mix it up."

Save up to 45% on a Total Film magazine subscription

Get inside access to the world's biggest and most interesting movies every month by subscribing to Total Film magazine in print or digital, including reviews of every film released that month, from blockbusters to indies and cult cinema.

Read the full interview with Pattinson and Defoe, in which they discuss at length their roles in The Lighthouse, in the new issue of Total Film, available now.