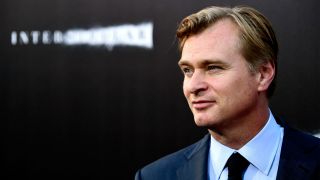 The Tenet trailer is here. Except, well, not quite. The teaser for Christopher Nolan’s new movie, starring the likes of John David Washington, Robert Pattinson, and Elizabeth Debicki, has been stealthily released in cinemas, but it’s not available online.

In typical Nolan fashion, it’s cryptic, confusing, and has us hoping it gets an imminent wider release so we can dissect every frame ahead of the upcoming 2020 thriller. With it not being available to the wider public, you might be desperate to know what happens in the Tenet trailer. Happily, we’re here to oblige.

We’re still with the bullet holes. Washington puts his hand on to the glass as “From Christopher Nolan” flashes onto the screen. The lead actor then walks to his left and comes across yet another bullet hole.

Here’s where things get a little more frenzied. The Tenet trailer picks up the pace with a smattering of shots that see Washington’s character in an oxygen mask, as well as a SWAT team breaching a building. Washington is also seen being dragged away in another rapid-fire scene.

All the while the “Tenet” title card is interspersed (the E is backwards, for what it’s worth) in each scene, spinning around. The trailer ends with the movie’s release date: 17 July, 2020.

So, start placing your bets: what on Earth is this going to be about? Tenet, of course, is a palindrome and can be read the same forwards and backwards. That, when coupled with the backwards E and the serious emphasis on time in the trailer makes us think that we’re in for some more mindfuckery, Nolan-style. We’ll probably have to wait for an online release before we get too crazy with our theories, however.

If you want to watch the Tenet trailer for yourself, all you have to do is book yourself a ticket to go and see Fast and Furious Presents: Hobbs & Shaw where it’ll be attached as one of the screening’s trailers presentations.

With Nolan, expect the unexpected, as his entry on this best twist endings in movies list proves in abundance.