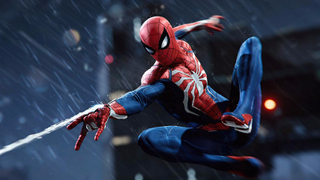 Disney wants more developers "reimagining" its franchises with new video games like Star Wars: Jedi Fallen Order and Spider-Man PS4, after the success of those two titles have encouraged the company to pursue more collaborations in the interactive entertainment industry.

Speaking at the 2020 DICE Summit in Las Vegas (via The Hollywood Reporter), Disney's Senior VP of Games and Interactive Experiences Sean Shoptaw told a room full of game developers that "I'm here for one specific reason: to empower you to do really unique things with our [catalog]."

Star Wars Jedi: Fallen Order succeeds as the first game to truly understand the power of the lightsaber

"We want to tap into the power of creatives across the industry," Shoptaw continued, stressing that Disney was interested in "reimagining" its beloved properties via new stories in the video game landscape: “We want to dream big and look forward to all the things we can do together."

It wasn't that long ago that Disney used to develop big budget video game titles in-house, but many of its studios have other been closed down or pivoted towards other spheres in the company's portfolio.

It's acquisition of Fox and Star Wars in recent years, however, means that Disney now owns some of the largest franchises in popular culture, so it's no wonder that the house of mouse is hoping to capitalize on that library with more interactive stories from the games industry.

Star Wars Jedi: Fallen Order and Marvel's Spider-Man represent two of the best-selling titles of the current generation, and recently discovered job listings at Respawn have suggested the studio is already working on a sequel. Now that Disney itself is back and fully invested in the games industry, who knows what kind of stories and games we could see next?