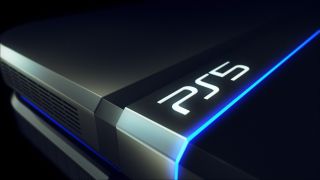 A much rumoured PS5 February reveal event has been at the forefront of most PlayStation fans' minds for a while now. Why? Well, it all started from a series of supposedly leaked Sony emails in August 2019, the info suggested that PlayStation intended to unveil its next-gen console to the public sometime this February, and had already begun inviting a number of major publishers to show off their swanky upcoming PS5 games in the process.

But, with February drawing to an end, there's still no PS5 news in sight, even after Microsoft laid out its cards with an entire blog post detailing everything we could want to know about the Xbox Series X. With that in mind, we're looking at why many had predicated an event in February, considering the history of the PS4's launch...

For all the rumours out there, history is perhaps our great teacher when it comes to figuring out when the PS5 event will take place. Indeed, Sony itself has stated that the PS5 reveal timeline will be "comparable" to that of the PS4's, allowing us to use history as a metric to predict how the PS5 promotional campaign will unfold.

While there was no explicit mention of the PS4 itself, everyone immediately knew what this meeting was for, and lo and behold, Sony revealed the specs, release date, and launch line-up for its new console over the course of a two hour press conference.  What can this tell us about the PS5? First off, note that Sony left three weeks between sending out invites and holding the meeting itself, suggesting we could have expected a similar time gap for the PS5 reveal.

If February is indeed the month for such an event, as history suggests, that leaves precious few days for PlayStation to announce something. If anything, it now looks like that PS5 could be formally revealed around March or April, if a recent investor call is anything to go by.

At the very least, New York City still seems like a strong bet, location wise, though nothing on the Hammerstein Ballroom's calendar suggests the venue has been booked out by Sony just yet.