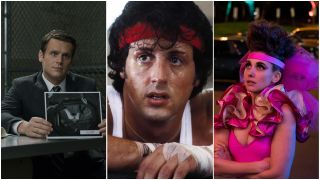 Want to know what's coming to Netflix in August 2019? We've put together the full list of arrivals: every TV show, movie, documentary, and reality series coming to the streaming service this month is waiting for you down below.

Whether you still need to catch up on what's already landed, including Mindhunter season 2 and GLOW season 3, or are eagerly anticipating what's to come, there's bound to be something for you.

This week, the historical epic Gangs of New York, starring Leonardo DiCaprio and Daniel Day Lewis, is heading to Netflix. Undoubtedly one of the picks of August's crop, the Martin Scorsese-directed movie should shoot straight to the top of your watch list.

Elsewhere, there's stand-up comedy in the shape of Simon Amstell's Set Free, as well as foreign drama; Love Alarm is coming to Netflix on August 22.

Plus, if you want a quick cheat-sheet version of what to watch, be sure to check out all the bolded entries below for our essential picks, including the forthcoming Dark Crystal prequel series, Age of Resistance.

Finally, if you're still stuck for things to watch, you could do a lot worse than sidestepping the list of new Netflix TV shows and movies for August 2019 and diving headfirst into our selection of some of the best series Netflix has to offer.