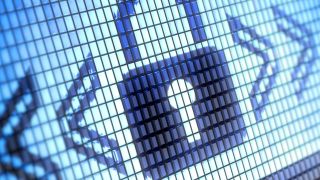 What makes the best VPN for gaming? For starters, it has to be lightning-fast. It’s no good investing in something that’ll just slow down your connection during a firefight, after all. Secondly, it also needs to be as reliable as it is secure - a significant part of a VPN’s appeal is that it keeps your data safe as houses. With this criteria in mind, our experts have listed their favorite services here to get you started. We’ve also included a bargain or two to keep the cost down, not to mention a few free alternatives to save you cash.

Do I need VPN?

Do you need a VPN for gaming?
Not sure if a VPN is for you? Check out our guide for some handy advice.

If none of this is making sense, let’s rewind for a second. VPN means ‘Virtual Private Network’ and it works hard to encrypt your online communications (basically, it keeps your info away from prying eyes). It allows you to overcome the tricksy practice of ‘geo-blocking’, too. This is where content isn’t available in certain parts of the world, usually due to rights issues. Overcoming that is helpful for a couple of reasons. For example; a VPN becomes essential if you’re on vacation and want to catch up on a show you’re able to watch at home but not abroad (if that sounds handy, give our best VPN for Netflix guide a look). What does this have to do with gaming, though? Well, a VPN might be handy if you want to play multiplayer but can’t find enough opponents in your area - one of the services below would allow you to try matchmaking in another part of the world instead. Cool, right?

If you’re after a VPN specifically for PlayStation 4, don’t worry. We’ve got a guide specifically tailored to getting the best VPN for PS4 right here (don’t say we never do anything for you).

The all-round best VPN for gaming

In terms of speed, IPVanish performs strongly, testing up to five times faster than some other VPNs over short hop connections. It overall download speeds are respectable too. It's impressive in terms of functionality too, its servers able to be neatly sorted by all-important factors such as ping time and gaming suitability. And you won't be stuck for choice. IPVanish has over 1000 servers covering 60 international locations, over a fully self-owned infrastructure. It also performs well on security, offering solid, 256-but AES encryption.

Downsides? It's not the cheapest, nor is there any kind of a free trial. That said, you can get your money back within seven days of you're not satisfied, so you're not 100% committed up-front.

The best gaming VPN for security

The best VPN for gaming in terms of security

With 4400 servers around the world, NordVPN's coverage is great, and its performance matches, with little difference in connection speed apparent between gaming with the VPN active and when using a vanilla connection. With 2048-bit encryption and DDoS protection on selected servers (not to mention a strict 'no logging' policy), Nord also offers one of the most watertight gaming VPN options around. Monthly payment can be fairly costly, but if you sign up for longer you'll get much better deals.

With 700 servers worldwide, 200,000 available IP addresses, and a NAT firewall to block unwanted inbound traffic, VyprVPN has a formidable set-up however you want to use your gaming VPN. Where it really excels though, is speed. In a test of download rates, it actually managed to increase speeds by up to 250%. It's worth noting that VyprVPN doesn't offer refunds, but it does have a couple of different payment plans. Basic gives you three connections, while Premium delivers you five. It costs a bit more, but works out cheaper on a per-connection basis, if you're planning on using a few.

The gaming VPN for a low ping

With 44 servers around the world, Buffered VPN offers decent coverage, if not enough to compete with a few of its rival gaming VPNs on those terms. Where it really brings the goods though, is in latency. With Buffered VPN, tests actually recorded lower pings than with a standard connection. Upload speeds were great too, though downloads less so. That speed of connection comes at a price, meaning that Buffered VPN isn't exactly cheap. It does though, come with a generous refund policy, which will give you your money back if you haven't gone over 10 hours, 100 sessions or 10GB of useage.