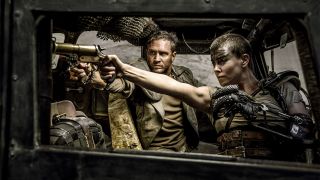 Mad Max: Fury Road first lit up cinemas screen in 2015. Now, more than four years later, it's held as one of the best recent action flicks and the movie's use of practical effects remain groundbreaking.

In an interview with Indiewire, Miller looked back on the movie and its success. He spoke about his wife's anti-boredom editing style, reactions to Fury Road, and plans for a sequel.

"There are two stories, both involving Mad Max, and also a Furiosa story," Miller said. "We’re still solving, we’ve got to play out the Warners thing, it seems to be pretty clear that it’s going to happen."

A legal battle between Warner Bros. and Miller's production company, Kennedy Miller Mitchell, has delayed the sequels. The lawsuit says that Warner Bros. acted in a “high-handed, insulting or reprehensible"  manor by refusing to pay Miller's production company a bonus for bringing the movie in under budget. Warner Bros. says that the film actually went way over budget due to reshoots. Miller claims that the reshoots were the fault of the studio. The lawsuit, as well as a cross-lawsuit filed by Warner Bros., also mentions the films rating, runtime, and a select number of scenes as points of contention between the two parties. That lawsuit has now come to an end.

Still, it took Mad Max: Fury Road movie quite a long time to be made after originally getting announced, and Miller believes this situation will wrap up and the movie will come to life.

"But I’ve been there too often when you announce movies are going to happen and then they fall away," Miller said. "It happened three times on “Fury Road,” and eventually we got the damn thing made. We’re just coming out of a meeting as we speak, and we’re well into pre-production on this one. I’m cautiously optimistic. It’s going well."

Find out what's coming before Blade, Captain Marvel 2, and Black Panther 2 in the MCU with our essential Marvel Phase 4 round-up.