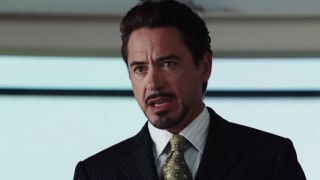 Robert Downey Jr. has once again chosen not to shut the door on potentially returning to the MCU as Iron Man.

In an interview with Today (via Cinema Blend) promoting Dolittle, Downey was pressed about recent speculation about his potential return as MCU mainstay, Iron Man.

"Those might be – what are they called – the stages of grief? I'm not sure. Are we in Bargaining now?" Downey quipped. "I am so pleased, just that, I wound up where I have. I’m very fortunate so, I’m not the kind of guy who – I want to try to keep it classy. We'll see."

This marks the second time in the last week that Downey has suggested he's open to stepping into the Iron Man suit once again. We recently reported on an interview with Extra where Downey responded to a similar question about his future involvement with the MCU and Iron Man. "Yeah, anything could happen," he replied before adding:

"As far as I'm concerned I've hung up my guns and I'm good to let it go. I also think that Marvel is on this journey now where they're trying a bunch of other stuff. I'm excited for them to see how all of that goes. It's hard to project but we got a lot of other stuff we want to do."

With that interview as context, the more recent quote actually strikes me as a bit more affirmative. Instead of simply leaving the door open, this time around Downey leaves us hanging with "we'll see."

Reports suggest we're still to see Downey's Iron Man in the upcoming Black Widow movie. For obvious reasons related to the character's fate at the end of Avengers: Endgame, if we do see Downey as Iron Man again, it'll have to be in some sort of flashback sequence.

While Downey's return to the MCU remains an open question, Marvel Phase 4 treks on with these new movies and shows.