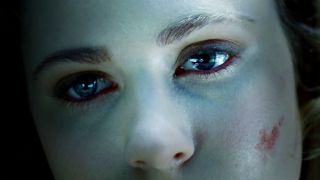 Westworld's season finale will answer most of your questions about the enigmatic series - meaning, yes, it's going to need some extra time. Dolores actress Evan Rachel Wood confirmed on Twitter that the finale, titled "The Bicameral Mind", will run for 90 minutes on December 4. That makes it even longer than the 68-minute premiere.

Jonathan Nolan told Entertainment Weekly that he and his fellow showrunner Lisa Joy weren't interested in "spinning out mysteries with no answers in sight". Instead, each season of the show is meant to feel like its own chapter "with a distinct feel and theme".

“Most of the questions viewers have will be resolved in the final episodes, except for the most important one: What happens next,” Joy teased, referring to both Westworld episode 9 and the finale.

"The Well-Tempered Clavier" definitely made good on its part of that pledge. The brief trailer for the finale looks promising, but we'll see if the full 90 minutes are enough to satisfy us until the second season debuts sometime in 2018. Or if that's even possible, given how far off 2018 feels right now.