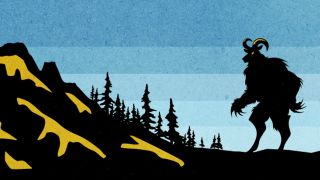 It's been 100 days since Fallout 76 stepped out into the post-apocalypse West Virginia, and to mark the occasion, Bethesda has just unveiled an expansive roadmap for all the free content that players can look forward to in 2019. In a blog post featuring two massive infographics (which you can check out below), Bethesda detailed changes big and small coming in three seasons: Wild Appalachia in spring, Nuclear Winter in summer, and Wastelanders in fall.

That's a ton of added stuff to take in all at once, so let's go over some of the major highlights. Starting March 12, Wild Appalachia kicks off by letting survivors brew their own Nukashine with distillery equipment for your C.A.M.P., and the following weeks will bring new quests featuring mythical monsters and the Pioneer Scouts who left traces behind in the Toxic Valley. On May 23, a new vendor known as the Purveyor will let you scrap unwanted legendary weapons and armor to create new pieces, which should be a godsend for min-maxers looking to optimize their gear.

Another huge addition is the Survival mode, coming March 26. This looks to be a direct response to players frustrated by the softened approach Bethesda took to PvP encounters. Survival "brings a higher-stakes PvP experience with fewer restrictions, increased rewards, and new challenges plus all the original content of Adventure Mode," which sounds ideal for hardcore hunters eager to test their mettle against players who can shoot to kill on sight.

Speaking of new modes, the Nuclear Winter update slated for summer features a mode of the same name which will offer "an entirely new way to play Fallout 76, completely changing the rules of the Wasteland." The Nuclear Winter update is focused on rewarding more experienced players, with two new raids set in Vaults 96 and 94, as well as a new Legendary Player prestige system that lets you reset from level 50 to 1 to unlock new abilities. It'll be interesting to see exactly how the Legendary Player system affects those at the top of the Fallout 76 heap, and what kinds of benefits you'll get for rolling back your progression so drastically.

Fall's Wastelander's update is still shrouded in mystery, but is described as the "biggest and most ambitious update for 76," and will feature "a new main questline, new factions, new events, new features, and even more surprises." In the post, Bethesda acknowledged that Fallout 76 had a rocky start, and pledged to do better. "We know the game had a difficult launch, and we’ve made mistakes along the way," it wrote. "We share in your frustrations when we do. We’ll probably make a few more, and when we do, we will work to correct them as quickly as possible. Know that we’re fully dedicated to making this game the best it can be - and even more so, a platform for endless Fallout adventures for years to come."

Whether you want to rule the wastes or just survive another day, our Fallout 76 tips are essential reading.