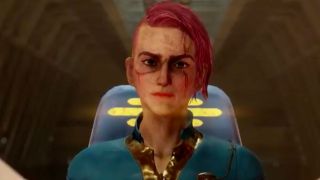 The latest Fallout 76 patch notes lay bare the mysteries of Patch 17, the update that makes Public Events a thing, gives new players a faster path to essential post-launch features, and adds the first new map for the Nuclear Winter battle royale mode. Beyond the headlining stuff, you should also keep your eyes open for new conveniences in the Item Shop, the easy highlight being a Collectron Station for your CAMP that sends out robots to automatically harvest scrap and other simple items from the nearby area.

Here are the three biggest changes in the latest Fallout 76 patch notes.

Public Events get the whole gang together

Events are some of the most effective and fun ways to spend your time in Fallout 76, and this update improves the biggest ones with changes to both finding them and how they play. As of Patch 17, 17 events have been turned into Public Events. These events will get special icons on the map. When you hover over them they'll display more details, including difficulty, type, and how many players are participating. You'll be able to fast travel to any Public Event for free, and you won't even have to worry about stashing all your Junk so other players don't steal them: Public Events now have their own penalty for player death, which is just an increasingly long respawn cooldown up to 20 seconds (no dropping your Junk).

Here are all the new Public Events that will appear in Patch 17 - you'll also find Fasnacht and Meat Week are Public Events when their seasonal events cycle back around.

Fallout 76 has rolled out a bunch of new bits of gear that improve the experience for players, but it can take a while before your little Vault Dweller is able to seek them out for themselves. Patch 17 will make it easier for you to get your hands on essentials like backpacks and the ProSnap Deluxe camera early on. You can find a Plan to craft a Small Backpack inside the Overseer's Cache at the Morgantown Airport Terminal. It will only have 50% of the storage capacity of a full-size backpack, so you'll still want to do the Pioneer Scouts quests to get one when you can. If it's a camera you're after, check your Personal Terminal (free in the Atomic Shop) for an entry pointing to the start of the associated quest.

Fallout 76's surprisingly good battle royale mode has its first new map since it was added to the game, and it is a land of contrasts. You could go street-to-street and clash with your fellow candidates in the eponymous city of Morgantown, or you could head to the slopes of a nearby mountain to set up some long range shots (though you'll be pretty exposed up there). There's even a big-old lake if you want to try out some more aquatic-friendly perks. Along with the new map, you can earn six new Vault-Tec University themed rewards by completing limited-time Nuclear Winter Challenges, and new global matchmaking should make it easier to find a full battle.

Check out the official site for the full patch notes.