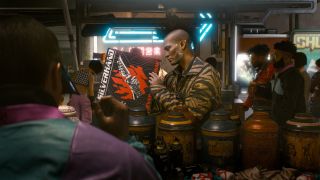 The Witcher 3's Blood and Wine expansion is one of the best examples of how to do additional content for RPGs right. It followed an intriguing story full of mystery, vibrant environments, and drunken escapades with a vampire. Now, CD Projekt Red is going for the same type of expansion in Cyberpunk 2077.

"We are talking about expansions in the future," CD Projekt Red UI Coordinator Alvin Liu told Prima Games at E3. "We want to make sure everything's complete, but we also want to build open worlds. I know when I was playing The Witcher 3 and I finished everything, I still want to know what everyone was up to. I think we're going to have opportunities like that as well for Cyberpunk 2077."

Liu also talked about having a "very rewarding" storyline with a fully developed game with a hefty amount of content at launch. "So I don't want to spoil anything right now, but very satisfying story arc, right? You're going to see characters and you'll see them develop. You're going to see them go through conflicts and resolve those conflicts. It'll be a very rewarding ending. We're not withholding content, we're not withholding story for the future to try to, you know, monetize it or sell it in pieces or anything like that. You're going to get the whole, full value game here."

Looking for other news on games that explore futuristic, dystopian worlds? Check out everything you need to know about The Outer Worlds.