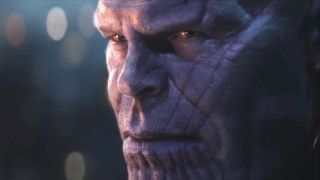 Avengers, assemble - a week earlier than you originally planned, because Avengers: Infinity War has had its release date bumped up, from May 4 to April 27!

Yes, true believers - Avengers: Infinity War is arriving a week earlier than originally announced. I hope you didn't already schedule some time off from work! If you're looking for someone to thank, look no further than Tony Stark himself, Robert Downey Jr. The star responded to a Marvel Studios tweet asking if there was any chance he could see the movie early and, well, you can see how the whole exchange went below:

Of course, I don't think RDJ actually convinced Disney to move up its schedule because he asked nicely. If I had to guess, I'd say maybe it has to do with giving Avengers just one more week to rake in the moolah before Deadpool 2 arrives on May 16. That's just a shot in the dark, though.

Frankly, I'm not going to look a gift horse in the mouth. If it means getting to see Captain America, Iron Man, and the rest of the crew go toe-to-toe with Thanos a little bit sooner than anticipated, I'm happy. See you at the cinema on April 27.